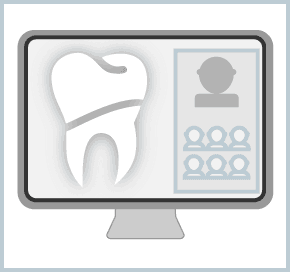 Live webinar
06 July 2020 7pm
CPD hours (guide)
2
Development outcomes
A: Effective communication with patients,
the dental team and others across dentistry,
including when obtaining consent,
dealing with complaints,
and raising concerns when patients are at risk.,
C: Maintenance and development of knowledge and skill within your field of practice.,

Illustrate with case examples the principles and techniques of tooth and related tissue positions when tasked with improving aesthetics.

Topics covered will include:

On completion you should have a better understanding of:

Educated at Hutchesons Boys Grammar School, Glasgow. Having graduated from Edinburgh in 1976, Tom immediately moved to London and worked as a House Surgeon rotating around Departments at Guy’s and The Royal Dental Hospital where he also sat and passed his FDSEng Primary Examination before entering general dental practice in 1978. In 1982, he opened his own single-handed private practice as a ‘squat’ in Queensgate, London before moving himself and his patients to join The Dawood & Tanner Dental Practice in Wimpole Street in January 2011. His special interests lie in all aspects of restorative dentistry but in particular occlusion and emergence profile. In October 2013 Tom was appointed as a Visiting Clinical Specialist Teacher in The Department of Education within The Dental Institute at King’s College London working one day a week in The Department of Primary Dental Care (PDC) at King’s College Hospital, Denmark Hill. In June 2017 he was appointed as Extra-curricular Education Co-ordination Officer for the King’s College London Dental Students Society. In April 2018, he became Staff President of The Kings Students Dental Society and was subsequently appointed as a Member of The Kings Dental Alumni Association Council. In May 2018 Tom was awarded one of King’s College London’s prestigious Teaching Excellence Awards – Teaching Experience. The Awards are offered as part of the King’s Learning and Teaching strategy funded by HEFCE and recipients are selected from those nominated by students for their excellent and engaging teaching. In 2019 he was re-appointed as Staff President of The King's Students Dental Society and nominated for The 2019 King's Education Award – Student Support. In March 2017 he was co-opted to The Advisory Board in Primary Dental Care at The Royal College of Surgeons Edinburgh. In July 2017 he also joined the Steering Group of The Faculty of Dental Trainers at The Royal College of Surgeons Edinburgh. In March 2018 he became a Member of The Faculty of Dental Trainers at The Royal College of Surgeons, Edinburgh (MFDTEd). In July 2018 he became a Member of the Faculty of General Dental Practitioners at The Royal College of Surgeons, England. In July 2019 he was elected as President of The Metropolitan Branch of The British Dental Association for the year 2021/22. He is also a judge in the Scottish Dental Awards and the Future of Dentistry Awards. Originally, he lectured on "The Creation and Duplication of Emergence Profile" but now primarily lectures on restorative aspects of occlusion at postgraduate level. In January 2017, he was appointed as arRegional speaker to The British Academy of Cosmetic Dentistry on the topic of occlusion. He regularly presents both on the subjects of occlusion and restorative dentistry to BDA Branches and various Study Club meetings in the UK, as well as lecturing on the MSc Aesthetics Course at Kings and to VT Foundation students. Last year he accepted an invitation to lecture on occlusion at the annual ‘East Meets West’ Conference at the Faculty of Medicine and Dentistry of The Medical University of Warsaw, Poland. He also lectures at undergraduate level at Kings on a variety of topics in Restorative Dentistry. In addition, he mentors younger dentists in their careers. He has had articles published both here in the UK, including the BDJ, and in The United States.

TDC Admin
Group Information View All
No discussions yet!

@dentalchannelukThe Dental Channel
The future of dental education and early training (DFT/DCT) in England: flexibility, distribution and more. Include… https://t.co/kH3yueOd9s
Link to post

@dentalchannelukThe Dental Channel
Out meeting room is open for tonight's Evening Expert webinar on the role of dentists in helping those struggling w… https://t.co/nJzbHu919y
Link to post

@dentalchannelukThe Dental Channel
Join us on Wednesday 13 October at 8pm when we welcome back orthodontist extraordinaire Dr Claire Nightingale to le… https://t.co/ofI8twfl4p
Link to post

@dentalchannelukThe Dental Channel
Join us on Wednesday 13 October at 8pm when we welcome back orthodontist extraordinaire Dr Claire Nightingale to le… https://t.co/zfmuruDDrY
Link to post

@dentalchannelukThe Dental Channel
Join us on Wednesday 13 October at 8pm when we welcome back orthodontist extraordinaire Dr Claire Nightingale to le… https://t.co/pdIEdRGREi
Link to post

@dentalchannelukThe Dental Channel
Our new Premium Plan provides access to all our content for £24.99 per month on a recurring monthly basis. Cancel a… https://t.co/9rTq7T1wDb
Link to post

@dentalchannelukThe Dental Channel
Our sincere thanks to Dr Upen Patel for his super presentation on removable prosthetics. We look forward to welcomi… https://t.co/nnafMEFoBE
Link to post

@dentalchannelukThe Dental Channel
A date for the diary: Thursday 9 September at 8pm when our Evening Expert webinars resume after the summer break. L… https://t.co/tDsAbDlkkj
Link to post

@dentalchannelukThe Dental Channel
A date for the diary: Thursday 9 September at 8pm when our Evening Expert webinars resume after the summer break. L… https://t.co/j5TTL4hCJc
Link to post

@dentalchannelukThe Dental Channel
A date for the diary: Wednesday 1 September at 8pm when our Evening Expert webinars resume after the summer break.… https://t.co/fJE4ltkRqj
Link to post